When it comes to “social revolution”, I have to admit I’m pretty skeptical.

Replace “Good Morning” with “social is better”. Although this picture by itself is still true.

Yes, I’ve jumped on the bandwagon of more than one social network (Twitter, Facebook, Google+, LinkedIn), have used them extensively, and still continue to do so. But in general, there are a great deal of online services–social aside, though that’s a big one–whose purpose I simply do not understand. Note: when I mention a specific service, it’s usually a scapegoat for an entire service demographic (unless explicitly noted otherwise).

Truthfully, I go back and forth on this one. I certainly don’t discount the power of grassroots technocrat movements. Exhibit A: the uproar over SOPA and PIPA. There is no discounting what the riled-up internet can accomplish.

That said, we have the other end of the spectrum to consider. The internet is a remarkable thing, particularly in its tenacity to overwhelm even legitimate causes. I know services like Change.org have to be constantly (and I mean constantly) vigilant against spam, trolls, black hats, and general mischief. Other petitions-based sites like We The People have the same issues.

But where I feel the latter differs from Change.org is in the immediate effects: We The People have a direct conduit to the White House, as part of the site’s purpose. Obviously we don’t always (or ever?) like the answers, but at least there’s a direct policy connection. With Change.org, it’s almost a crap shoot of getting any attention. Which means slactivists feel righteous about clicking a link when it didn’t actually accomplish anything.

As one positive of Instagram, I will say that without it, we wouldn’t have a freaking brilliant Tumblr like this one: 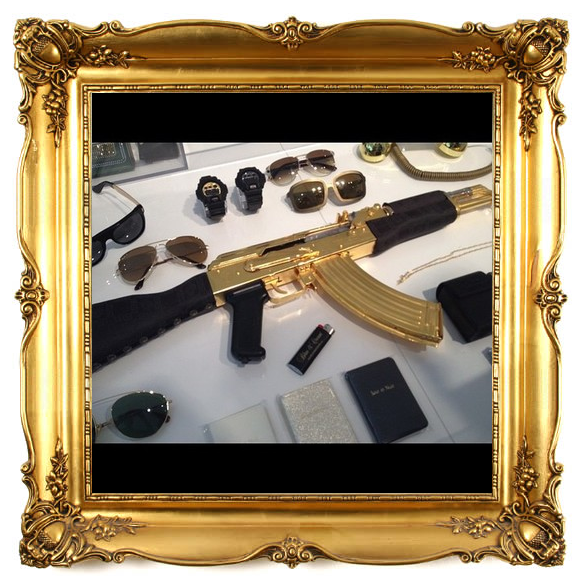 But even that’s just a parody of the ridiculous content on Instagram. Not to mention that the entire sales pitch for the site is built around what amounts to one click in Photoshop to slightly offset the image hue.

Really? That’s what it takes to make a popular photo sharing site?

How about Flickr? Google photos? Hell, even Facebook? Why do we need this additional site that adds no value and frankly has some pretty bizarre content?

Every single social network service I can think of has location services built-in. Why do we need another one that deals only with location-based services? Oh, so you can be “Mayor” of something. Like the local donut shop. 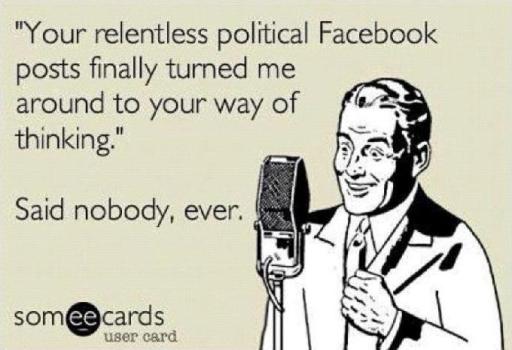 Facebook, I feel, is the pinnacle of the overarching “WHY”. Not because it’s redundant (Google+ is not nearly a ubiquitous enough competitor), not because it’s riddled with problems (though it is), but because I honestly can’t think of a single use-case that justifies its existence.

And yet I waste hours each week on this thing. Accomplishing nothing of tangible value!

In the most literal sense possible, the one and only redeeming quality I can think of is entertainment value. This can take one of several forms depending on the individual:

I truly don’t see the whole “connecting with people” thing. For one, there appears to be an intrinsic limit on the number of meaningful, fulfilling relationships we can actively cultivate at any one time; anecdotally, I know I only interact with ~100 people with any sort of regularity on Facebook.

For two–and this is largely personal, so it may differ for other folks–Facebook “friendships” aren’t particularly meaningful unless there’s sustained interaction outside of Facebook (in the form of physical proximity, or a professional collaboration, or somesuch). “Friending” people I met once, or who I knew a long time ago, doesn’t usually (or ever) translate to a vibrant connection by virtue of Facebook.

For three, Facebook (and all social networks) play heavily on our intrinsic collective narcissism. It’s a pretty intoxicating feeling, knowing that anything you say can be read by hundreds, if not thousands, of other people. But as a computer scientist and a generally skeptical individual, I also know 1) it’s a false sense of importance, since people will just ignore what they don’t find interesting, and 2) it blows the doors wide open to legitimate privacy issues.

So if it doesn’t establish meaningful new relationships, and it doesn’t particularly add to existing ones, I don’t know what its purpose is.

I know all of this can be written off as one big lead-up to a “get off my lawn” joke, but I’m truly feeling overwhelmed by all the services the internet has to offer. Not that I’m saying any of these are intrinsically bad! I love all the cool stuff showing up on the interbutts. All I’m saying–if I’m saying anything–is that I’m not convinced how much of this will be useful for me.

I’ll leave you with quite possibly my favorite DailyWTF error message: